What Is a Psychotherapist?

There are many technical definitions of a psychotherapist, but none are more descriptive than Hawthorne’s in The Scarlet Letter.

Ifthe doctor possesses native sagacity, and a nameless something more — let us call it intuition; if he show no intrusive egotism, nor disagreeable prominent characteristics of his own; if he have the power, which must be born with him, to bring his mind into such affinity with his patient’s, that this last shall unawares have spoken what he imagine himself only to have thought; if such revelations be received without tumult, and acknowledged not so often by an uttered sympathy, but silence, an inarticulate breath, and here and there a word, to indicate that all is understood; if, to these qualifications of a confidant be joined the advantages afforded by his recognised character as a doctor — then, at some inevitable moment, will the soul of the sufferer be dissolved, and flow forth in a dark, but transparent stream, bringing all its mysteries into the daylight. — Nathaniel Hawthorne, The Scarlet Letter. 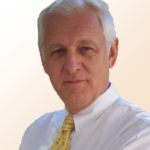 I do agree with Hawthorne’s description and admire his precise choice of words. Intuition is probably the greatest asset a therapist may make use of in assessing a client’s true condition. Egotism, of course, would mean that the therapist pays more attention to his or her feelings than to those of the client and, in my view, therapists who are guilty of this quickly drive their clients away. As far as having disagreeable prominent characteristics, this makes me think of the gluttonous dietician, or the chain-smoking pulmonologist. I strive to bring my mind in affinity with the client, although it isn’t easy to do; one of the reasons why I’m not an addiction counselor, even though I’d have the heart for it, is that I can only imagine what it must be like to be addicted to a substance–by the grace of God I’ve arrived at my age without ever having experienced it. Hawthorne speaks of receiving revelations without tumult and acknowledging them in a muted way. I’m all for it. I have heard enough times my clients tell me of their experience in revealing themselves to others, only to elicit unhelpful, theatrical responses or, worse yet, a more dramatic feeling than their own. Character is of course the essence of us humans. No professional can lack in character and hope to persuade or counsel others to strengthen it or to acquire it. Finally, I live for that moment when the client feels safe and comfortable in my presence to the extent that his or her soul be dissolved, and flow forth in a dark, but transparent stream, bringing all its mysteries into the daylight.
–Dr. Z